You cannot apply for this job anymore (deadline was 1 Sep 2018).

Utrecht University is looking for four PhD candidates in Global Sustainability Governance. Are you interested? Then please read the full profile and apply.

The four PhD candidates will become part of the new, cutting-edge international research programme “Global Governance through Goals? Assessing and Explaining the Steering Effects of the UN Sustainable Development Goals” (GlobalGoals). This research programme is directed by Professor Frank Biermann and funded through an Advanced Grant from the European Research Council. The four PhD candidates will work on their doctoral dissertations over a period of four years within the broader framework and research design of the GlobalGoals programme.

We expect successful candidates to bring a strong interest and broad expertise in the field of Global Sustainability Governance/Earth System Governance, as evidenced by a BSc/BA and MSc/MA specialization that is related to this field of study. There is no special disciplinary requirement, we welcome applications from graduates who have majored in Political Science, International Relations, Public Administration, Environmental Science/Studies, Sociology or Sustainability Science.

With a view to the research design of the GlobalGoals project, we are especially looking for:

In addition, we expect all four PhD candidates to have:

All four researchers are expected to obtain a doctoral degree from Utrecht University within four years, based on published articles in top-tier academic journals.

We offer a temporary position (1.0 FTE) for four years, with a one-year probation period. The gross salary - depending on previous qualifications and experience  - ranges between €2,266 and €2,897 (scale P according to the Collective Labour Agreement Dutch Universities) gross per month for a full-time employment. Salaries are supplemented with a holiday bonus of 8 % and a year-end bonus of 8.3 % per year. We offer a pension scheme, (partly paid) parental leave, collective insurance schemes and flexible employment conditions (multiple choice model). More information is available at: working at Utrecht University.

Facilities for sports, childcare and a subsidized international school are available on our main campus, the Utrecht Science Park, located only 15 minutes away from the historical city centre of Utrecht. PhD training programmes are provided by the Graduate School of the Faculty of Geosciences and, if required, other Graduate Schools at Utrecht University and beyond. The working language of the institute is English.

A better future for everyone. This ambition motivates our scientists in executing their leading research and inspiring teaching. At Utrecht University, colleagues from various disciplines collaborate intensively towards major societal themes. Our focus is on Sustainability, Dynamics of Youth, Institutions for Open Societies, and Life Sciences.

Institutionally, the four PhD candidates will be affiliated with the Environmental Governance group, one of the four sections of the University’s Copernicus Institute of Sustainable Development. The Environmental Governance group is a dynamic, ambitious and internationally leading team of over fifty researchers with a focus on fundamental and policy-oriented research of governance processes, from local to global levels. The Copernicus Institute has been evaluated in a 2014 international review as the highest ranked Research Institute in Environmental and Sustainability Sciences in the Netherlands. Since then, the Institute has intensified its efforts in maintaining its leading position, among others by investing in numerous new international Faculty appointments and by developing new, internationally oriented teaching programmes. The Institute is part of the Faculty of Geosciences, which is a strong and challenging organization with an interdisciplinary, international staff of 720 researchers, teachers and support.

Utrecht University has been ranked in the 2017 Academic Ranking of World Universities as the best university in the Netherlands, and as one of the leading research universities in Europe. Utrecht University’s sustainability research in the field of climate change and ecosystems has the greatest citation impact worldwide according to a study conducted by Times Higher Education (2016). Our university is committed to a strategic orientation on four overarching themes, which include “Pathways to Sustainability” and “Institutions for Open Societies”. The PhD candidates who we are hiring will be able to develop their research at the interface of, and with the support of, these main strategic themes of the university, opening up numerous opportunities for university-wide interaction and support. 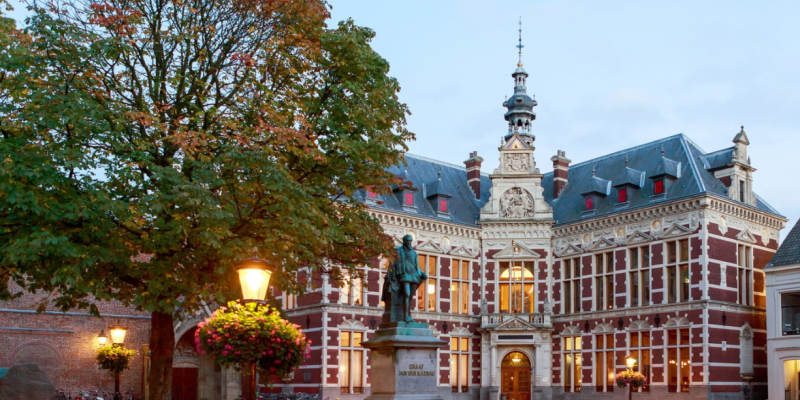