Leiden University, the Faculty of Science at the University of Leiden is looking for a Postdoctoral researcher position for ERC project on International Scientific consortia

We are looking for a postdoctoral researcher who will conduct a research on international scientific consortia for the European Research Council Consolidator program project titled Addressing Global Challenges through International Scientific Consortia (INSCONS). The postdoctoral researcher will be working under the supervision of the principal investigator of the project Professor Dr Simcha Jong, who heads the Science Based Business group at the Faculty of Science of the University of Leiden in the Netherlands.

The INSCONS project is about international scientific consortia such as ITER (nuclear fusion), ALMA (astronomy), and the European Brain Project (neurobiology). We increasingly look at such consortia to come up with scientific and technological advances that are needed to address global challenges in areas such as health, the environment and clean energy. These international consortia represent a novel model for organising scientific research that is rapidly gaining in popularity. Yet, little or no research has been done on them. Organising international scientific consortia represents various challenges. These consortia are highly complex organisations, with budgets that often run in the billions of euros, and work spread out across a multitude of research sites around the world. Moreover, these consortia must navigate (competing) interests of various international stakeholder groups from across the realms of science, policy, and industry. INSCONS is a ground breaking project that will shed light on the challenges involved in organising these consortia, and the broader changes these consortia herald for the scientific endeavour. The project will employ 3 PhD researchers and 2 postdoctoral researchers.

The postdoc position is fulltime. The successful applicant will receive a one-year contract. After positive evaluation, the contract will be extended for three years. Salary range from € 2,709.- to € 4,978.- gross per month (pay scale 10 to 11 in accordance with the Collective Labour Agreement for Dutch Universities), depending on qualifications and experience. Leiden University also offers and annual holiday premium of 8% and an end-of-year premium of 8.3%.

Diversity
Leiden University is strongly committed to diversity within its community and especially welcomes applications from members of underrepresented groups.

Science Based Business (SBB) consists of a small, young, and dynamic group of researchers embedded within Leiden’s Faculty of Science. Scholarship at SBB spans science, medicine, policy, and business, focusing on areas such as technology management, innovation, organisation studies, entrepreneurship, and operations. SBB programs fuse business scholarship with science, technology and industry engagement, and accordingly forge strong relationships to other groups within the Faculty of Science and the Leiden University Medical School. Members of the SBB team held previous academic appointments at or have research degrees form RSM, Harvard, UCL, KU Leuven, and UT Dallas.

Leiden University was founded in 1575 and is one of Europe’s leading international research universities. It has seven faculties in the arts, sciences and social sciences, spread over locations in Leiden and The Hague. The University has over 5,500 staff members and 25,800 students. The motto of the University is 'Praesidium Libertatis' – Bastion of Freedom. In 2013 Leiden was the highest ranked university in the Netherlands in the Times Higher Education World University Rankings. The University counts among its former students and faculty ten leaders and Prime Ministers of the Netherlands including the current Prime Minister Mark Rutte, nine foreign leaders, among them the 6th President of the United States John Quincy Adams, a Secretary General of NATO, a President of the International Court of Justice, and sixteen recipients of the Nobel Prize.

The Faculty of Science teaches more than 4,200 students in the context of 8 bachelor’s and 12 master’s programmes. Working at the Faculty of Science means being part of an exciting, dynamic scientific environment which sets high standards for its students, staff and support staff alike. The Faculty is known for its friendly and team-spirited atmosphere, which promotes mutual exchange of knowledge. 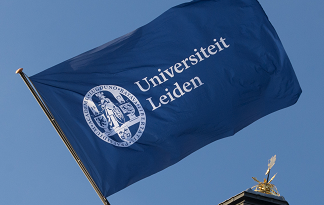 Discover the world at Leiden University

Leiden University is one of Europe’s leading international research universities. Get to know us as an employer.