In support of the project “Bones of Contention: Technologies of Identification and Politics of Reconciliation in Vietnam” NIOD is looking for a Postdoctoral candidate.

The Netherlands Institute for War, Holocaust and Genocide Studies (NIOD) is a scientifically independent and simultaneously strongly socially-oriented institution. The original expertise of NIOD lies within the dissemination of knowledge about the Second World War and the Holocaust in the Netherlands. Nowadays, this expertise is also used to study mass violence and genocides in the rest of the world. In addition to scientific research, NIOD offers substantively strong and intensive services. NIOD’s archives and collections about war, the Second World War in the Netherlands and the Dutch East Indies, the Holocaust and other genocides in the 20th and 21st century are accessible for all interested parties. Digitally or in our reading room. NIOD is located in a monumental building of the Central Government Real Estate Agency in the centre of Amsterdam. It manages 3 kilometres of in-house archive, a library with 75,000 titles, and a large photo collection. The NIOD has around 75 employees, and is one of the 15 institutes of the Royal Netherlands Academy of Arts and Sciences (KNAW).

Project description:
You will work as part of the team on the NWO-funded Vidi project: “Bones of Contention: Technologies of Identification and Politics of Reconciliation in Vietnam”. This project is awarded to and will be led by Associate Professor, Dr. Tam T. T. Ngo, senior researcher of NIOD/KNAW (Amsterdam) and the Max Planck Institute for the study of Religious and Ethnic Diversity (Goettingen, Germany).

The research project Bones of Contention investigates the use of Spiritual Forensics and DNA Forensics in finding and identifying missing war dead in Vietnam and how the employment of these identification technologies influences the country’s postwar reconciliation. Facing the challenge of finding and identifying millions of missing war dead, Vietnamese families since the 1990s have resorted to “spiritual forensics”, a variety of spiritual techniques to locate and name the dead. The success of ‘spiritual forensics’ challenged Communist atheism and the state’s arbitrary control over whose bodies can be unearthed and repatriated and whose cannot. To counter spiritual forensics, in 2013 the Vietnamese began to import top-notch DNA-based forensic technology, which is also only permitted in the identification of the remains of those who died fighting for, not against, the communist government. Bones of Contention aims to shed light on the ways in which the Vietnamese deal with their violent past and their deep divisions and to further the understanding of the nature of national sovereignty in the Vietnamese case.

Within the framework of Bones of Contention, the Postdoctoral candidate will investigate one of the following topics:

Your research is to result in at least 4 peer-reviewed articles in international journals. Furthermore, you will actively assist the project team in developing educational resources (MOOC, repository, educational recommendations). You are also expected to actively contribute to the project's programme of meetings, in terms of content as well as organisationally (at least 4 expert meetings, 2 conferences, 4 public events).

Fixed-term contract: You will be appointed for an initial period of 12 months, after which your performance will be evaluated. If the evaluation is positive, the contract will be extended by 2 or 3 years.

NIOD Institute for War, Holocaust and Genocide Studies (NIOD-KNAW) is an Academy research institute. The NIOD’s expertise lies in the dissemination of knowledge about the Second World War, the Holocaust and genocide. In addition to research, NIOD offers content-rich, intensive services. Both professionals and private individuals can approach NIOD for information or to consult its extensive collection. 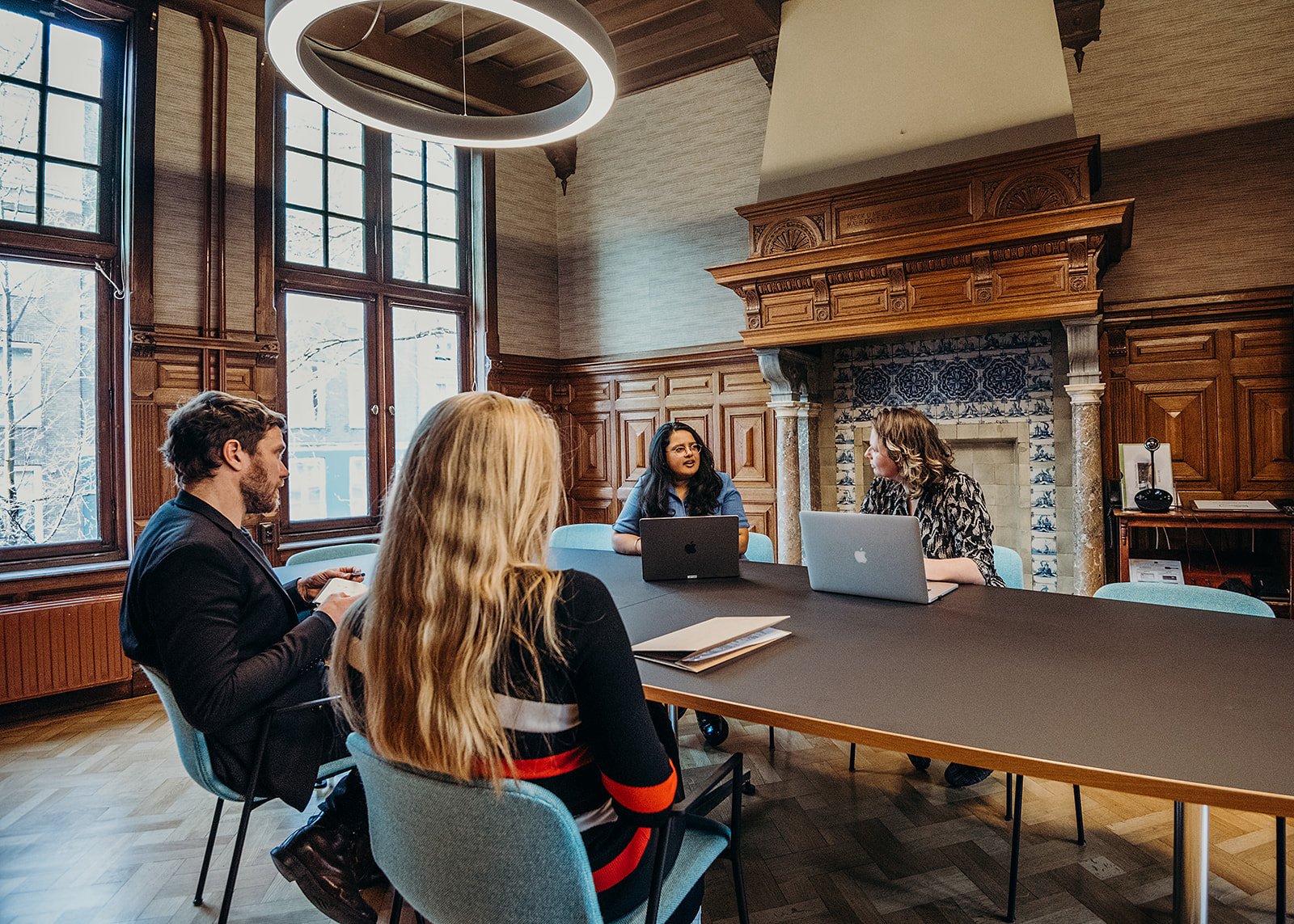 The Royal Netherlands Academy of Arts and Sciences (KNAW) is the guardian and interpreter of science in the Netherlands.