The Tilburg Institute for Law, Technology, and Society (TILT) is looking for a postdoctoral researcher who will actively contribute to the NWO-MVI CHAIN project ‘The Role and Responsibilities of Public Actors in Distributed Networks. Transparency, Trust and Legitimacy by Design’. This project investigates how networked and data-driven technologies are developed and used by public actors in practice and can be designed in a transparent and legitimate way, so that citizens can trust the government. The project is conducted by the interdisciplinary CHAIN-team, a collaboration between Tilburg University and Utrecht University. As part of an interdisciplinary project team, you will carry out research and take the lead in developing and managing valorization activities aimed at responsible innovation.

The research project
The project focuses on complexity due to the hyper-connectivity of public and private actors when exercising public tasks using networked and/or data-driven technologies. The overarching methodological approach to this project is case-based. Data have already been collected on two cases related to blockchain technology as an example of a networked, data-driven technology. Next to these two case studies, other data-driven and networked technology practices are included in the research via desk research. To solve pressing societal issues, public actors increasingly exercise public authority through governance networks together with private actors, resulting in complex public-private relationships. Additionally, the increasing interest of public actors in networked and data-driven technologies to mediate public-private relationships, enlarges this complexity, bringing forth three fundamental problems:

The project aim is to answer the following questions:

The project takes an interdisciplinary approach and empirically analyses two case studies (The ‘Red button’ and the ‘Energy Wallet’). Combining expertise from philosophy, STS and law, this project rethinks and operationalizes rule of law values to achieve ‘transparency, trust and legitimacy by design.’ The research results will empower partners and stakeholders to develop, implement, and use networked and data-driven applications in a legally and socially acceptable way.

The role
The postdoctoral researcher, based at Tilburg University, actively contributes to the NWO-MVI project planned scientific and valorization deliverables. The project has already been granted a KNAW science communication award and wants to further valorize the scientific findings to content which is societally relevant and tailored to stakeholders. Early 2024, an international conference will be organized. The researcher will join a vibrant interdisciplinary team and collaborate with the other team members to contribute to a nourishing research environment. The researcher takes an active role in managing the day-to-day operations of the project and will actively keep in touch with the public and private consortium members.

This postdoc research project aims to mainly investigate how public values change due to govtech projects mediating the relation of public actors and citizens and how this mediation shapes trust. This research will take an empirical approach and focus on two case studies (mentioned above). The project team already conducted (and transcribed) the main body of semi-structured interviews for both case studies and have performed ethnographic fieldwork during the development of the ‘Red Button’. The field notes and interview transcription provide a rich qualitative dataset that will be employed by the postdoc to analyze and translate into publications in international academic journals, which is a great opportunity to further develop a qualitative publication record. In close collaboration with the PhD researcher in law, the postdoc’s research is dedicated to informing the design of networked and data-driven technologies in government in order to translate and embed rule of law values in a way that they consider the observed experiences, values, and interests of end-users.

In addition to conducting the above research, the postdoc will also conduct a number of teaching-related activities. These include, for example, supervising master's students in Law and Technology and assisting and teaching in the field of ethics and regulation of digital and data-driven technology (i.e. grading exams, participating in courses through class preparation and lectures).

What do we ask?
Tilburg University is curious about how you can contribute to our research, education, impact, and to the team you will be part of. Therefore, we would like to get the best possible picture of your knowledge, insight, skills, and personality. Below you can find the qualifications we consider important for the position.

To maintain a vibrant and active university community, it is important that we meet each other regularly and that the connection between us remains good. Therefore, the premise is that all staff members carry out their work in the Netherlands and that lecturing is done physically.

Tilburg University offers excellent terms of employment with attention to flexibility and room for (personal) development. We recognize and reward our employees and encourage the use of talents and strengths.

Tilburg University is committed to an open and inclusive culture, embracing diversity, and encouraging the mutual integration of groups of staff and students. We create equal opportunities for all our staff and students so that everyone feels at home in our university community.

We work in a vibrant and lively (work) environment on our beautiful campus, close to the forest and easily accessible by public transport. We are committed to a sustainable society and challenge you to make an active contribution to this.

For this position, we offer:

Visit working at Tilburg University for more information on our terms of employment.

Tilburg University's motto is Understanding Society. Based on this vision, our almost 2,800 employees conduct research, inspire more than 19,000 students of 110 nationalities, and bring people from different disciplines and organizations together to learn from each other. In this way, we want to contribute to solving complex social issues. In doing so, we work from the fields of economics, business and entrepreneurship, social and behavioral sciences, law and public administration, humanities and digital sciences, and theology. We seek the connection between the various disciplines to find solutions to the major issues we face as a society. Our students are educated to become responsible and entrepreneurial thinkers, driven by solidarity, a sense of responsibility, and empathy, who are able to influence and give direction to a rapidly changing society in an innovative way. Tilburg University has a culture of collaboration and co-creation, at local, regional, national, and international level.

Since its founding in 1963, Tilburg Law School has become one of the leading law schools in Europe. Through top research and the provision of high-quality university education, the School contributes to society. Tilburg Law School is organized into five Departments: Public Law and Governance; Law, Technology, Markets and Society; Private, Business and Labour Law; the Fiscal Institute Tilburg; and Criminal Law. The mission of the School is to understand and improve the role of law and public administration in addressing the social problems of today and tomorrow. Through research and education, our scholars contribute to that mission.

More than 4,000 students pursue a Bachelor's, pre-Master's or Master's degree at Tilburg Law School. Through this education, we train students in law, public administration, and data science. The Tilburg Educational Profile (TEP) is unique in the Netherlands. Central to it are three core concepts: knowledge, skill and character. A university education provides students with the latest substantive knowledge and trains them to be critical thinkers and resilient professionals. In addition, the School is committed to innovative educational concepts and, partly in response to the coronavirus crisis, has invested heavily in the quality of online education and in innovative didactic tools to make and keep students inquisitive.

We invite you to apply online for this position by February 27, 2023
More information about the vacancy can be obtained from Prof. Dr. Esther Keymolen (E.L.O.Keymolen@tilburguniversity.edu). 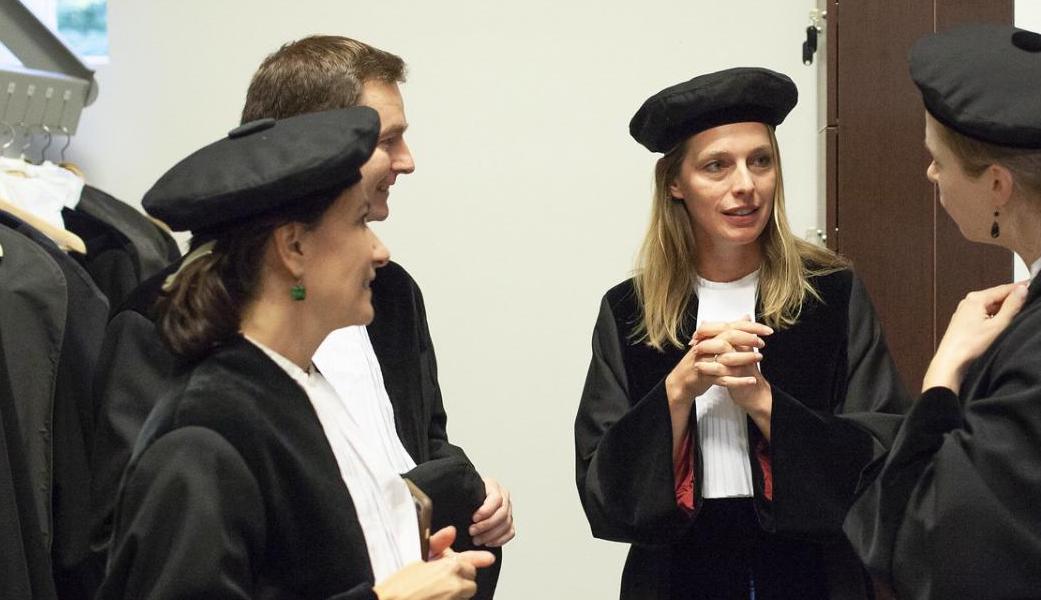 At Tilburg University, we seek to study and understand society and in this way we contribute to solving complex societal issues. Our core values are: curious, Caring, Connected, and Courageous.

Please attach the following documents to the application:

The first selection interviews will take place in the first half of March, 2023.

The selection committee consists of:

Ideally, you will start working for Tilburg University as soon as possible.

Please attach the following documents to the application:

The first selection interviews will take place in the first half of March, 2023.

The selection committee consists of:

Ideally, you will start working for Tilburg University as soon as possible.